On 29 September 2015, the Grotius Centre for International Legal Studies and the Centre for International Law Research and Policy, held an international expert seminar on the ‘The Peripheries of Justice Intervention’. The meeting was designed to take stock of policies and practices regarding preliminary examinations (‘PEs’) and exit/legacy strategies. It focused on four key areas: goals and functions of PEs, the legal framework governing PEs, the practice and methodology of the Office of the Prosecutor (‘OTP’) and strategies for ‘legacy’-building and sustainable exit for the ICC. The meeting was held as part of the project of ‘Post-Conflict Justice and Local Ownership’, funded by the Netherlands Organization for Scientific Research.

Context, Nature and Functions of PEs

The first session was devoted to the goals and functions of PEs. PEs have gained increased importance over past years in ICC practice. They involve some of ‘hardest’ questions and choices facing the ICC. Their length differs considerably across situations.

The notion of ‘preliminary’ examination’ was discussed. Some concerns were expressed that the notion was unclear in its scope and a misnomer given the length of proceedings. It was made clear that the term ‘preliminary’ should be understood as referring to the nature of analysis, rather than its temporal scope.

Several participants argued that PEs have a certain intrinsic value that goes beyond investigations. The point was made that the OTP may have more leverage over States during PEs than during investigation, due the scope of choice/discretion involved and the unpredictability of the outcome. OTP action might have most effects on actors on the ground at this stage, since unlike in the context of arrest warrants, the Office was not yet ‘locked in’. It was argued that in situations where the context is right, PEs could be used to facilitate choices in relation to peace and justice. PEs could be used to facilitate a number of goals: prevention of atrocity crimes, shape the agenda of peace negotiations, or serve as catalyst for complementarity and/or transitional justice. PEs could also have a certain deterrent effect due to their element of surprise, their ‘watchdog function’ (i.e. the fact of ‘being watched’), and the structural relationship between the OTP and the state concerned (i.e. monitoring, putting pressure, providing reward for behaviour). These factors make PEs a powerful instrument, even in the absence of binding cooperation obligations under Part 9 (which applies to investigations prosecutions).

Participants identified certain internal and external factors that can influence the impact of PEs. Internal factors mentioned include: OTP strategy regarding timing and negotiations, communication with the state and sensitivity to events on the ground. External factors include sensitivity of the government to international accountability, the prospects of a negotiated peace and/or the degree of popular support.

Several suggestions were made as to how the OTP could increase its impact. Factors include: monitoring and reporting on the state of the judicial system; clearer communication of expectations; and sending the message that any state could be targeted, including the powerful ones or the referring state, as a matter of institutional policy ( ‘madman theory’).

It was at the same time acknowledged that an expansive approach to PEs has limitations. Attention was drawn to the fact that, according to OTP policy, prevention and ‘positive complementarity’ are policy considerations that are secondary. The main purpose of the PE is to inform the OTP whether to initiate an investigation. The OTP would not open a PE merely with the purpose of prevention or ‘positive complementarity’.

It was noted that the use of PEs as leverage carries certain risks. It can conflate the judicial function of the Court with wider ambitions of restorative justice. Concerns were expressed that the ICC does not have the institutional capacity to exercise both functions, and that such engagement might entail a strain on the Court’s resources. It was also argued the ICC intervention can cause certain critical side effects: a risk of derailing peace negotiations, rising victim expectations, or ‘mimicking’ of ICC processes at the national level.

Different views were expressed as to whether PEs would require further regulation. It was noted that the existing statutory framework (Statute and Rules of Procedure and Evidence) is rudimentary and that approaches had been mainly developed through ICC practice. A suggestion was made to clarify the existing regime through amendment, in order to provide greater certainty, transparency and consistency. Others participants cautioned against regulation, arguing that the process should not be overly codified and that there was a virtue in prosecutorial discretion that should be preserved. Otherwise, PEs would lose some of their leverage.

The second panel addressed the legal framework of PEs. The panel focused on three main aspects: prosecutorial discretion; the duration of PEs; and judicial review.

Part of the discussion was devoted to OTP policy documents. The point was made that there might be certain discrepancies between Regulation 25 (1) of the Regulations of the Office of the Prosecutor (‘The preliminary examination […] may be initiated […]’).and the Policy Paper on Preliminary Examinations regarding the extent to which the Prosecutor enjoys discretion in opening PEs. While the Regulations seem to confer such discretion in all situations, the Policy Paper suggests that opening a PE is mandatory upon receipt of a referral or an Article 12(3) declaration (para. 76: ‘the Office will open a preliminary examination’).

Reference made to the fact that the opening of PE might incentivize domestic investigations or prosecutions under certain conditions. It was argued that PEs might cause a certain ‘embarrassment’ effect, but that this type of pressure might be ‘positive’ rather than ‘negative’ from a compliance perspective. It was noted that the capacity of PEs to spur national investigations might depend on a number of factors: (i) consistency across situations; (ii) publicity and (iii) a realistic prospect  of ICC action.

Particular attention was devoted to the duration of PEs, and in particular, the feasibility of timelines. Different views expressed in this regard.

Some participants argued that PEs by the OTP should be subject to timelines, or at least certain ideal timeframes. This view is based on the argument that the OTP has a duty to decide within a reasonable time whether or not to proceed to investigation. Several proposals were made as to how the timeframe of PEs could be regulated or better managed:

Some support was expressed in favour of fixed timelines and greater judicial review of prosecutorial action. It was argued that the OTP should be required to make a decision whether or not to investigate or prosecute. Scrutiny over decision-making could be enhanced in different ways:

PEs should be concluded within one year, with the possibility for the Prosecutor to request the Pre-Trial Chamber to extend the time limit, if necessary;

The state that enjoys territorial or personal jurisdiction should be given the possibility to ask the Pre-Trial Chamber to request the Prosecutor to make a decision on whether to initiate an investigation; the same right could be given to victims;

The Prosecutor could seek a ruling on jurisdiction and admissibility from the Pre-Trial Chamber at any time during the PE. The point was made that Article 19(3) and Regulation 46(3) of the Regulation of the Court might already provide for such an avenue. But this reading remains contested since Article 19 refers to a ‘case’, rather than ‘situation’, and Regulation 46 (3) was not meant to create substantive rights.

An alternative suggestion was made to identify ideal timelines for action. It was argued that a reasonable timeframe should be formulated for specific phases of the assessment of PEs Reference was made to the fact that such timelines were deployed internally at the Court. The point was made that such guidelines would enhance the prospects of speedy action.

Other participants remained sceptical towards the idea of specifying time limits for prosecutorial action. Questions were raised about the feasibility of time limits in ‘hard’ cases. Would the Prosecutor have to proceed with an investigation even if she does not have enough information or should the PE be closed? How should the OTP and Chambers address situations where it is not clear whether an investigation should be initiated? Concerns were expressed that the complexity and fluidity of the situations make it difficult to impose timelines. Difficulties would arise in particular in situations of continuing or recurring violence (e.g. Nigeria and Honduras), or when peace negotiations are ongoing or agreements have been reach and the OTP has to give the state time to proceed with its own investigations and prosecutions. It was argued PEs tend to last longer when national proceedings are being conducted (e.g. Colombia, Georgia). A proposal was made that timelines should be formulated and applied in relation to the assessment of State action (e.g. Kenya).

Judges can examine legal issues prior opening of a preliminary examination, by virtue of Regulation 46 (3) of the Regulations of the Court (which regulates the assignment of a ‘request or information not arising out of a situation assigned to a Pre-Trial Chamber’). In the context of Egypt, Pre-Trial Chamber II rejected the request by President Mohamed Morsi and the Freedom and Justice Party of Egypt to review of the Prosecutor’s decision ‘not to open a Preliminary Examination’. The Chamber claimed that ‘the decisions of the Prosecutor pursuant to Article 15(6) or 53(1) of the Statute may be subject to judicial review’ (para. 7). But it limited any potential review powers to Article 53 (3) (b), which applies ‘only if the Prosecutor has taken her decision on the basis of the criterion of Article 53(l)(c) of the Statute i.e. if an investigation ‘would not serve the interests of justice”’ (para. 8).

Similar problems arise during the preliminary examination. It remains contested to what extent Article 53 review powers apply to proprio motu action under Article 15 (see Rule 48 of the Rules of Procedure and Evidence), what qualifies as a ‘decision’ of the Prosecutor ‘not to proceed’, triggering powers of judicial review under Article 53 (1) and (2), and to what extent such a decision must be formalized. Differences also exist between how Pre-Trial Chambers have interpreted the scope of judicial review in relation to Article 15 at the end of the PE, i.e. regarding authorization to investigate ongoing and continuing crimes, or only crimes committed until the date of the filing of the request for authorization See Kenya Authorization Decision, 31 March 2010, paras. 206-207, and Côte d’Ivoire Authorization Decision, 3 October 2011, paras. 177-179).

Some concerns were expressed in relation to the consequences of the Comoros decision. It was argued that the decision might have negative side effects on PEs, since it curtails prosecutorial discretion and might indirectly force the OTP to open investigations in many situations. This might deprive the space for analysis under PEs, and might ultimately make the OTP more reluctant to open PEs, since it would inevitably be expected to follow up by an investigation. 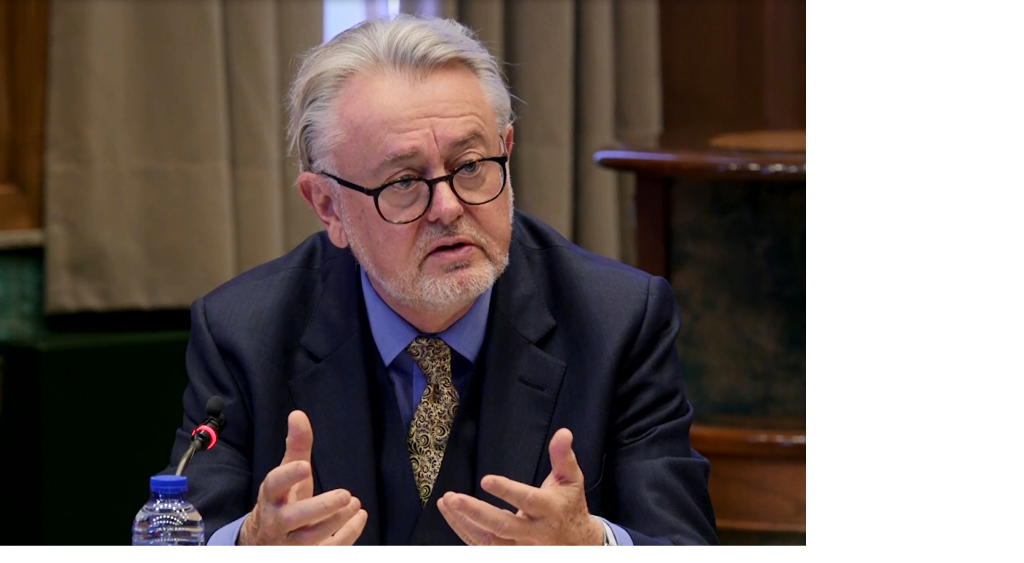