Jus Post Bellum scholarship has seen an incredible renaissance over the past decade. The term is rarely used in official discourse. But many of the dimensions of post bellum have gained fresh attention in critical inquiries into the failures of intervention, such as the Balkans, Afghanistan or Iraq, including the recent Chilcot  inquiry in the UK.  US President Obama qualified the aftermath of Libya as  the  “worst mistake” of his presidency. This makes it, as Brian Orend put it, some of the “best of times”, and some of the “worst of times” to reflect on just post bellum. 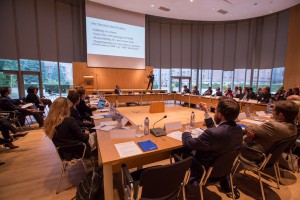 In this post, I will explore some of the connections between just post bellum and peacebuilding, based on findings of the Jus Post Bellum project, and our final project Conference.

Jus post bellum is inherently linked to fundamental perquisites of modern society, such as human rights, security, freedom from fear and peace. In legal discourse, it is gradually connected to different areas of engagement: peacebuilding, protection of the environment, investment, or criminal and socio-economic justice.

Some of the traditional signposts are shifting. For instance, in her Third Report on the Protection of the Environment in Relation to Armed Conflicts,  ILC Rapporteur Marie Jacobsson, addressed three phases in her overview of applicable law: before, during and after an armed conflict. She supported the principle that “parties to a conflict are encouraged to settle matters relating to the restoration and protection of the environment damaged by the armed conflict in their peace agreements”. This postulate  reminds us of Immanuel Kant’s famous dictum in Perpetual Peace that peace agreements should clauses that carry the seeds for the outbreak of further wars. Jacobsson also points to the important duty to consider post-conflict implications in the mandates of peace operations and to clean up of remnants of war after conflict, as reflected in recent disarmament and weapons  conventions (E.g., the Protocol on Prohibitions or Restrictions on the Use of Mines, Booby-traps and Other Devices, the Convention on the Prohibition of the Use, Stockpiling, Production and Transfer of Anti-Personnel Mines and the Protocol on Explosive Remnants of War to the Convention on Prohibitions or Restrictions on the Use of Certain Conventional Weapons).

ICC Prosecutor Fatou Bensouda has taken a more holistic approach towards selection of cases in  international criminal justice policy. The 2016  Policy Paper on Selection and Prioritisation of Cases encourages the prosecution of crimes that fall normally of the radar screen, namely:  “crimes that are committed by means of, or that result in, inter alia, the destruction of the environment, the illegal exploitation of natural resources or the illegal dispossession of land”. 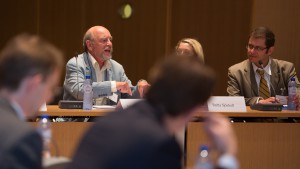 There is still some confusion what jus post bellum means. This is both, a strength and a weakness of the concept.

Second, jus post bellum might be construed as an “ordering framework”, namely a tool to coordinate the application of laws, solve conflicts of norms, and balance conflicting interests.

Third, jus post bellum may be said to form a system of norms and principles applicable to transitions from conflict to peace. This third approach is the most ambitious conception. Many jus post bellum norms are adaptations from existing bodies of law, or are  derived from them. Some of them, such as scope of duty to investigate and prosecute, are process-related.

There are different readings of jus post bellum. Some view it in a narrow sense, namely as a concept relating  to the  transition phase out of armed conflict, i.e. a phase that is separate from a complete end to hostilities. In our project, we  have viewed it in a wider sense, namely not only as exit from “conflict”, but as a concept inherently connected to the establishment of peace. 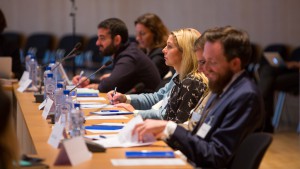 The idea of just post bellum is not related to any idea of peace, but the concept of a “just peace”. The notion  of “just peace”, or better the idea of the “justice of peace” has received relatively limited attention in inquiry. This very notion evokes resentment. For instance, Mark Evans, has argued that a “just peace” is an “elusive ideal”. Not only the notion of “peace”, but also notions of “justice”  differ.

In her study on “Cosmopolitan Peace”, Cecile Fabre noted that “justice “ is predominantly “procedural justice’. In his work on “Just and Unjust Peace”, Daniel Philpott has associated  the concept of justice with different dimensions, such as (i)  building socially just institutions; (ii) acknowledgement; (iii) reparations; (iii)) punishment; (iii) apology; and (iii) forgiveness.  Critical legal research has criticized discrepancies  between formal equality and substantial political and social inequality.

There is a need for a certain degree of humility in applying jus post bellum.

The concept of “just peace” has several dimensions. A first component is the idea of “acceptance”. A “just peace’ needs to reconcile conflicting obligations that relate to the affiliations, identities, and priorities of the actors within a peace process. It requires a process through which it is reached, and it must be recognized as “just’.  Actors must agree to abide by common rules. As shown by the fate of Colombian peace process, this often happens step by step, and requires negotiation of what is “just’ in a specific context.

Second, the idea of a “just peace” often requires concessions and compromises. It requires not only a “win-win” for each side but certain sacrifices. Barela and Keller  have called this the “principle of renouncement”.

Third, a “just” peace is not only related to form and process, but different dimensions of justice. It involves “substantive” justice, namely a “just” order with common rules, “just” institutions and arrangements, which secure peace, procedures to maintain peace, and a certain sense of societal acceptance.  Peace must be perceived to be fair and just.